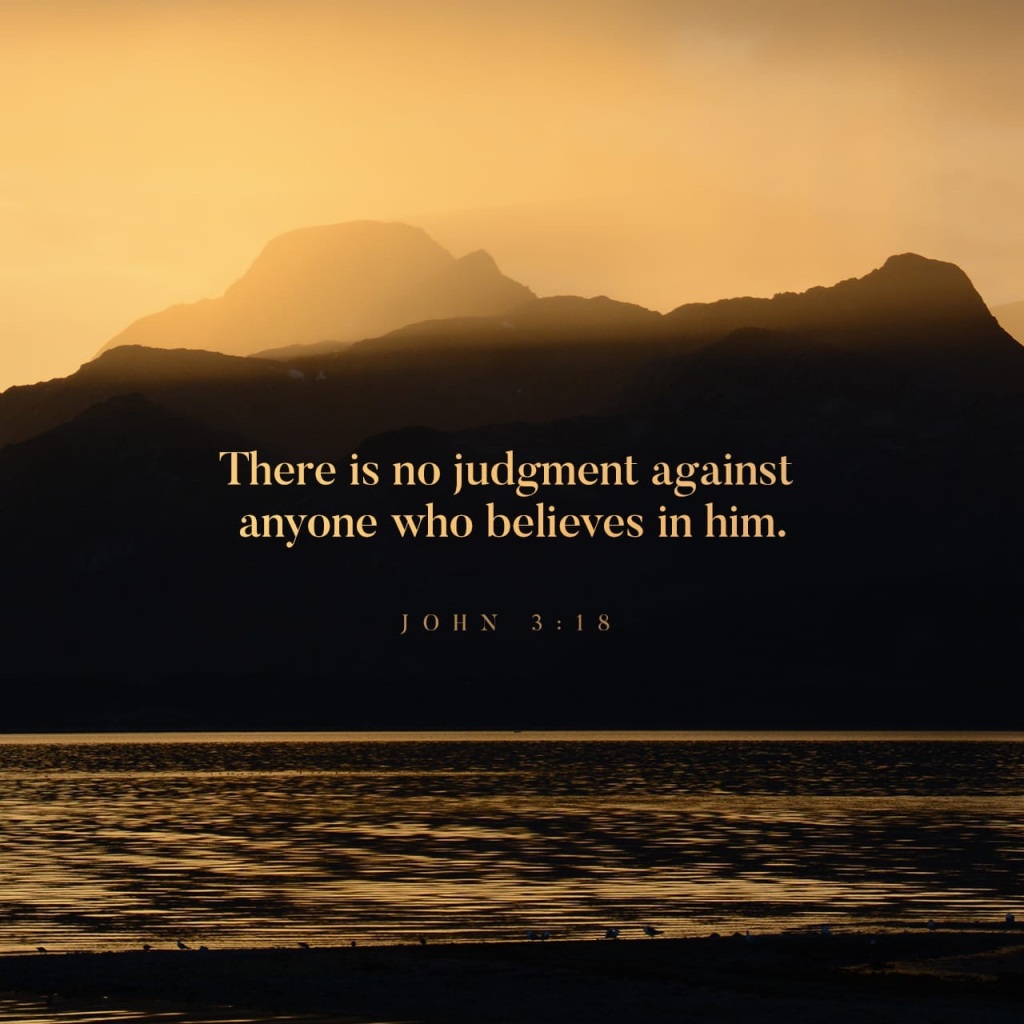 Don Lemon added a sour note to the conversation about God, when he decided to share his opinion that “God is not about judging people.”

This particular opinion is especially laughable when you take into consideration that one of the main reasons cited by people for not wanting to be Christian is that our God is “too judgy.”

When there are bumper stickers and shirts that people have, in defiance of judgements on earth that say “only God can judge me.”

And considering that people often reject the judgments of Christians towards their rotten behavior by saying “that’s God’s job, not yours!”

At the end of this post will be a myriad of scripture pointing out that Lemon is very wrong, God is the supreme judge of all, and that at the end of time, He will judge everyone who has ever lived. I won’t be getting into the aspect of the judgements of Christians towards other humans, that’s a whole separate topic for another time, suffice it to say, Christians are told to be like Christ in all things, and that includes this topic.

The fact that you will, one day, stand before the Creator of the universe and give an account for every idle word you have spoken should concern you. Saying that “only God can judge” you shouldn’t be emboldening, it should be sobering.

But it doesn’t concern me. Why is that? Because, God has already judged my sins. Every single one of them that I have done or ever will do have already been judged. The fine for my sins has already been paid in full.

How can that be? How can something that requires infinite punishment be “paid in full”? If it is infinite, it can’t be “in full”, or can it? Is there another way? Is there a way to satisfy the infinite part of this equation that doesn’t require the punishment to be infinite?

There is indeed. The one punished in my place could be infinite. And that’s exactly the equation that was worked on the cross.

When Christ, the all powerful, infinite Son of God was punished on the cross for my sin, and your sin, the “infinite” portion of this equation was satisfied.

So all you need to do is choose. It’s simple math. Which equation do you want to apply to your life?

♾ punishment + finite person(you) = ♾ payment for sin, and a never clean slate for you, and eternity in hell.

Or finite punishment + ♾ Christ = ♾ payment for sin and a clean slate for you, and infinite life in heaven.

This forgiveness of sin is available to anyone who asks. Even Don Lemon.

But you do have to ask.

Before I get into all the scriptures about God’s judgement and the bad news, here is the good news:

“But if you don’t believe me when I tell you about earthly things, how can you possibly believe if I tell you about heavenly things? No one has ever gone to heaven and returned. But the Son of Man has come down from heaven. And as Moses lifted up the bronze snake on a pole in the wilderness, so the Son of Man must be lifted up, so that everyone who believes in him will have eternal life. “For this is how God loved the world: He gave his one and only Son, so that everyone who believes in him will not perish but have eternal life. God sent his Son into the world not to judge the world, but to save the world through him. “There is no judgment against anyone who believes in him. But anyone who does not believe in him has already been judged for not believing in God’s one and only Son. And the judgment is based on this fact: God’s light came into the world, but people loved the darkness more than the light, for their actions were evil. All who do evil hate the light and refuse to go near it for fear their sins will be exposed. But those who do what is right come to the light so others can see that they are doing what God wants. ””

If you want to know more about all of this, I encourage you to check out this link: https://harvest.org/know-god/

And for those who choose poorly… see below.

And I saw a great white throne and the one sitting on it. The earth and sky fled from his presence, but they found no place to hide. I saw the dead, both great and small, standing before God’s throne. And the books were opened, including the Book of Life. And the dead were judged according to what they had done, as recorded in the books. The sea gave up its dead, and death and the grave gave up their dead. And all were judged according to their deeds. Then death and the grave were thrown into the lake of fire. This lake of fire is the second death. And anyone whose name was not found recorded in the Book of Life was thrown into the lake of fire.

And just as each person is destined to die once and after that comes judgment,

“A tree is identified by its fruit. If a tree is good, its fruit will be good. If a tree is bad, its fruit will be bad. You brood of snakes! How could evil men like you speak what is good and right? For whatever is in your heart determines what you say. A good person produces good things from the treasury of a good heart, and an evil person produces evil things from the treasury of an evil heart. And I tell you this, you must give an account on judgment day for every idle word you speak. The words you say will either acquit you or condemn you.”

“God overlooked people’s ignorance about these things in earlier times, but now he commands everyone everywhere to repent of their sins and turn to him. For he has set a day for judging the world with justice by the man he has appointed, and he proved to everyone who this is by raising him from the dead.”

But all who reject me and my message will be judged on the day of judgment by the truth I have spoken. I don’t speak on my own authority. The Father who sent me has commanded me what to say and how to say it.

But the Lord reigns forever, executing judgment from his throne. He will judge the world with justice and rule the nations with fairness.

In the night I search for you; in the morning I earnestly seek you. For only when you come to judge the earth will people learn what is right.

They demonstrate that God’s law is written in their hearts, for their own conscience and thoughts either accuse them or tell them they are doing right. And this is the message I proclaim—that the day is coming when God, through Christ Jesus, will judge everyone’s secret life.

Enoch, who lived in the seventh generation after Adam, prophesied about these people. He said, “Listen! The Lord is coming with countless thousands of his holy ones to execute judgment on the people of the world. He will convict every person of all the ungodly things they have done and for all the insults that ungodly sinners have spoken against him.” These people are grumblers and complainers, living only to satisfy their desires. They brag loudly about themselves, and they flatter others to get what they want.

Then I saw thrones, and the people sitting on them had been given the authority to judge.

Give honor to marriage, and remain faithful to one another in marriage. God will surely judge people who are immoral and those who commit adultery.

But remember that they will have to face God, who stands ready to judge everyone, both the living and the dead.

But because you are stubborn and refuse to turn from your sin, you are storing up terrible punishment for yourself. For a day of anger is coming, when God’s righteous judgment will be revealed. He will judge everyone according to what they have done.

The Father has life in himself, and he has granted that same life-giving power to his Son. And he has given him authority to judge everyone because he is the Son of Man. Don’t be so surprised! Indeed, the time is coming when all the dead in their graves will hear the voice of God’s Son, and they will rise again. Those who have done good will rise to experience eternal life, and those who have continued in evil will rise to experience judgment. I can do nothing on my own. I judge as God tells me. Therefore, my judgment is just, because I carry out the will of the one who sent me, not my own will.

As long as you have breath, there’s still time to choose wisely.

“But if you refuse to serve the Lord, then choose today whom you will serve. Would you prefer the gods your ancestors served beyond the Euphrates? Or will it be the gods of the Amorites in whose land you now live? But as for me and my family, we will serve the Lord.”
‭‭Joshua‬ ‭24:15‬ ‭NLT‬‬

Once again, that link is: https://harvest.org/know-god/