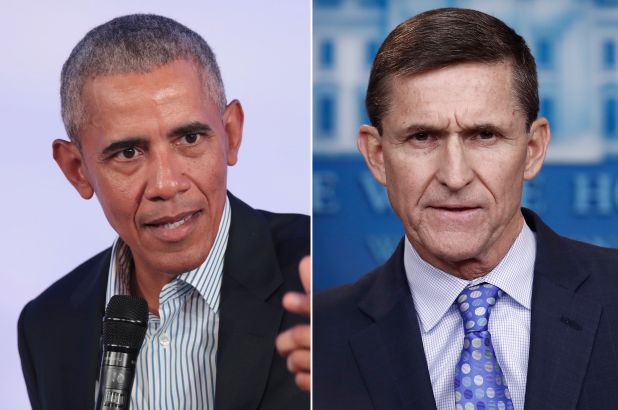 In 2008, a little-known first term senator from Illinois won the Democratic Presidential nomination by defeating the favoured Hillary Clinton. Obama ran on a campaign of “hope,” “change,” and “yes we can,” where he was not going to be a part of the typical Washington elite class. Barack Obama then became President Obama.

#1. Obama’s presidency was historic and was a smooth and scandal-free 8 years.

#2. Obama’s presidency was historic, but also extremely corrupt and full of scandals and government overreach.

The former viewpoint is largely held by Democrats, the mainstream media and students, while the latter viewpoint is held by Republicans, conservatives and anyone paying attention to politics during Obama’s 8-year presidency.

For the entirety of Obama’s presidency, the mainstream media gushed, swooned and protected him. They treated him with kid-gloves during periods where he should have seen heavy scrutiny. Some of these periods include:

This past week, Obama, while talking about the DOJ dismissing the Michael Flynn case, suggested releasing Flynn was political hackery. Obama claimed there is precedent for someone who committed perjury to getting off “scot-free.” Obama then discussed how he’s worried about our institutions being potentially corrupt by this administration.

Flynn wasn’t brought up on perjury charges. Flynn plead guilty to one count of making false statements to the FBI during an interview he didn’t know was for an investigation.

Obama discusses his fear for institutions not following the rule of law, yet has no comment about his DOJ’s despicable and corrupt behaviour during this Flynn investigation.

Michael Flynn was being charged because he had a conversation with the ambassador from Russia.

According to the Hill, “The FBI opened a counterintelligence probe of Flynn in August 2016 on the absurd ground that he might be a clandestine Russian agent. (Flynn is a retired three-star Army general and decorated combat commander, who had then recently written a book identifying Russia as a committed global adversary of the United States.) This suspicion was frivolously supported” (1).

James Comey, the then-director of the FBI, authorized closing the investigation in December of 2016. The paperwork was completed on January 4th, 2017, which was 20 days before the interview with Michael Flynn. The FBI then learned that the future national security advisor, Michael Flynn, had communications in December with ambassador to Russia Sergey Kislyak. However, the government was already monitoring Kislyak and recordings indicated that Flynn did not do anything inappropriate during the interview. In other words, there was no ground to reopen or continue the counterintelligence investigation or to open a criminal investigation (1).

The DOJ contends in it’s memorandum in support of the case dismissal, that any false statements made by Flynn “could not have been material because there was no legitimate basis to investigate or interview him. Federal law makes materiality an essential element of a false-statements charges” (1).

If the Flynn interview was not connected to any proper investigation, any false statements (if any) made could and would not have been material. The discussion between Flynn and Kislyak was recorded, and Flynn stressed that the agents could listen to the conversation if they wanted to know what was said and discussed. Because of this, any misstatements during the interview of Flynn could not have affected the FBI’s “understanding” of the Flynn/Kislyak discussion.

It appears the agents attempted to deceive Flynn about the reason of the interview. An FBI “302” report is a form used to take notes and summarize interviews with witnesses. It would start with noting the nature of the interview, which the FBI agents did NOT do. Flynn was discouraged from consulting council and from reporting the FBI’s request for an interview from the White House chain-of-command. Furthermore, Flynn was not given the advice of rights.

In other words, there was no due process. The FBI attempted to elicit statements by deceiving Flynn about his legal rights.

The FBI does not electronically record most interviews, which is why 302’s are very important in general. 302’s are supposed to be completed 5 days prior to an interview, so that they are as accurate as possible. One agent usually is the main interrogator while another agent takes notes. Then, they draft and finalize their 302 report together so that there are no mistakes and that it accurately reflects the interviewee’s statements. Accuracy is key, here.

Flynn’s 302 was the furthest thing from accurate. His 302 went through several drafts, and after 17 days of the interview, it still was being edited. We know from text messages that Lisa page was editing the 302. Page was NOT an agent nor present during the Flynn interview. Why was she editing what Flynn said? In texts, we know that Peter Strzok (who interviewed Flynn) heavily edited Joe Pientka’s (who also interviewed Flynn) version. Strzok planned to make final edits after Page was done her edits. It took another 5 days, 22 days after the interview, for the 302 to be completed. The FBI has not produced the earliest versions and edits of the 302.

The case against Flynn comes down to the testimony of two FBI agents: Strzok, who was terminated for misconduct, and Pientka, who appears to have played a significant role in serial misrepresentations made to obtain surveillance warrants against Carter Page, the former Trump campaign adviser (1).

In other words, there was no case against Flynn. Instead, it was just FBI corruption.

“If this case had gone to trial, the whole sordid story would have come out. No rational jury would have convicted Flynn of making false statements based on the testimony of Strzok and Pientka. The bureau’s irregular tactics, its dissembling, the equivocal nature of Flynn’s statements and the FBI’s sense that he was not trying to be deceptive, would have made proof beyond a reasonable doubt an insuperable hurdle.”

The FBI coerced Flynn into a guilty plea to continue the Trump/Russia collusion investigation.

In the end, the DOJ dismissing the prosecution of Flynn was justifiable, given the serious corruption and mismanagement of the investigation, instigated by the then Commander-in-Chief, Barack Obama. Obama’s goal was to spy on and to find something, anything, that could be used against President Trump and his allies.

Flynn’s biggest crime was being associated with President Trump.

Will the mainstream media scrutinize the handling of this investigation? It’s very unlikely they will. In their eyes, Obama was and is a flawless president. Although Obama started his presidency with hope and change, he ended it with corruption. He said he wasn’t going to be your typical Washington politician. He was right. He was far worse.

One thought on “Michael Flynn, the FBI and Obama’s corruption”